Ugran on the advance in Zandvoort

The FIA F3 Championship sixth event of a total of seven took place as always as support act to Formula 1, this weekend at the 2021 Dutch Grand Prix program at Zandvoort, to where F1 has returned to for the first time since 36 years. The circuit is embedded in dunes near the North Sea beach and has sloping curves, which makes it very demanding. Fortunately, the weather here turned out to be friendly and warm, and the amount of spectators was spectacular.

The free practice on Friday morning took place in front of a large crowd of Dutch motorsport fans. Johnathan reached an excellent 7th place. Filip finished 26th and Calan was 27th.
The qualifying session followed in the early afternoon. With 30 vehicles on the track, it got very hectic and our drivers got stuck in traffic. In the end, Calan had improved to 21st and Filip to 22nd place, but Johnathan didn't find a good lap. In the end he reached 23rd place.

In front of a huge crowd of spectators, the large field went to the start. Filip got off very well and immediately made up a few places. At the end of the first lap he was in 17th place ahead of Calan. Calan temporarily dropped back to 18th place before fighting his way back up. In the further course Filip first overtook Edgar, then Stanek, and Calan also followed shortly afterwards. The two were now on 15th and 16th place. Their progress was interrupted when the safety car had to be deployed. Johnathan hadn't got off well and was 23rd first. He had started to make up places when, after a contact with Yeany, he shot through the gravel bed with a damaged suspension and ended up crashing into the barrier. Yeany stayed put in the gravel bed. Fortunately, the drivers were fine, but the race machines were badly damaged. The safety car stayed outside until everything was cleared away. Unfortunately, there wasn't enough time for Filip and Calan to launch any further overtaking maneuvers. After a very good race, these two reached the checkered flag in 15th and 16th places respectively.

Filip and Calan started the race with good starting positions from positions 15 and 16. Filip overtook Schumacher soon after the start. In the course of the race he dropped back to 16th place, but later on he managed some very courageous overtaking maneuvers which finally brought him to the finish line in an excellent 12th place. He was later accused of having caused a contact with Edgar, which caused Edgar to spin and lose positions. Filip received a 10 second time penalty and in the end appeared in 24th place in the ranking. Calan had a hard time in the race and was unable to improve positions in the race. He crossed the finish line in 23rd place, and was later classified 22nd. Johnathan had started from far behind. After a few excursions off the track he managed to make up some positions towards the end of the race. He finished 19th.

The third race also took place in front of a huge crowd and in bright sunshine. Everyone now seemed to want to drive home with a sure result and were no longer as willing to take risks as they were on Saturday. There were a few maneuvers at the start, and then again towards the end of the race. Calan held his position for the first few laps. Then Nannini made it past him. Calan saw his chance a little later and regained the place. After a good race, Calan saw the checkered flag in 18th place. Filip fell back a little after the start, but in the course of the race he managed to make up positions again. He brought his racing machine right behind Calan, in 19th place. Johnathan had fared similarly, and as the third in the league he crossed the finish line in 20th place, directly behind Filip. 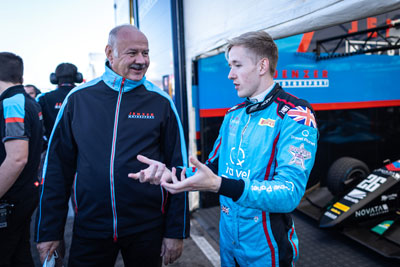 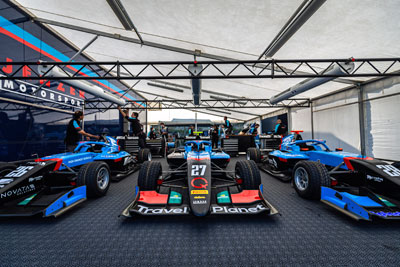 We are looking forward to the next racing event, which will take place on the weekend of September 26th, 2021 on the interesting circuit in Sochi, Russia. 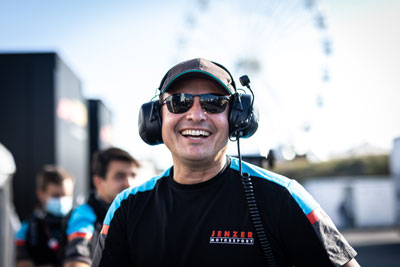 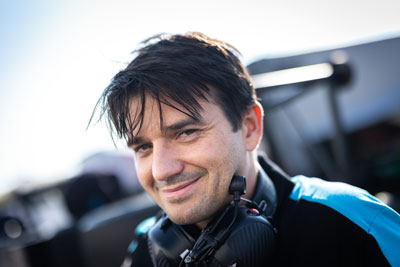 Championship standings after 18 out of 21 races: