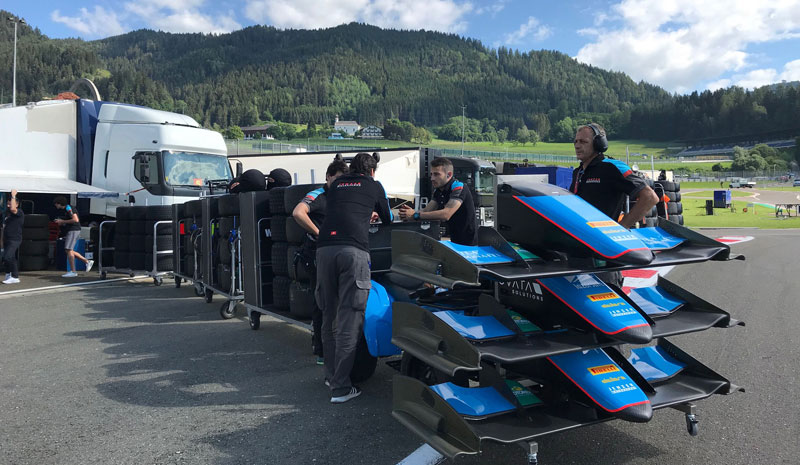 Chasing positions at the RedBull Ring

The FIA F3 championship had travelled to Bahrain to the first official test days in early March. Now, after several months of involuntary pause due to Covid-19 the 2020 racing season was finally getting under way. The FIA F3 championship took part in the supporting program of the Formula 1 Grand Prix of Austria on the demanding circuit of the RedBull Ring.

Already in the free practice session on Friday morning it became clear how close the huge 30 car field was. Our three rookies got off to a good start, even though the first part of the session was on a wet track and in fairly cool conditions. Later the track dried and the last 10 minutes of the session were driven on slicks. 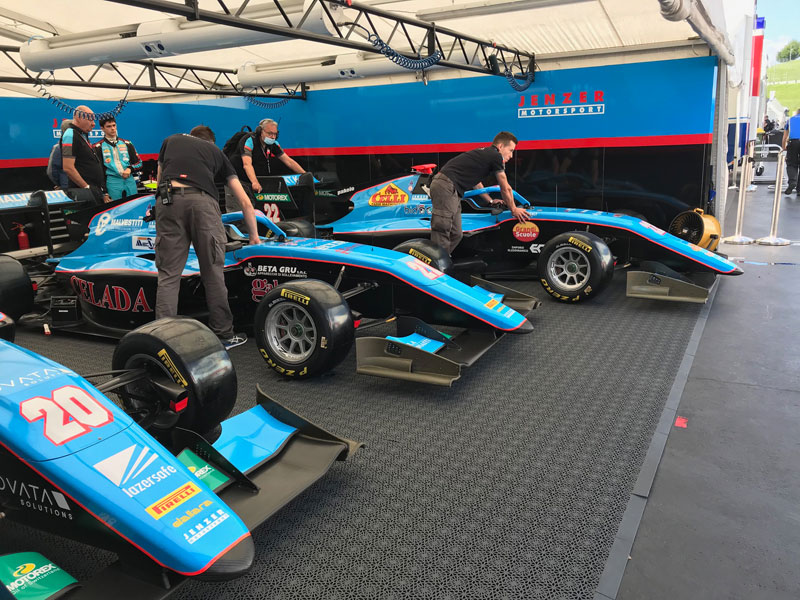 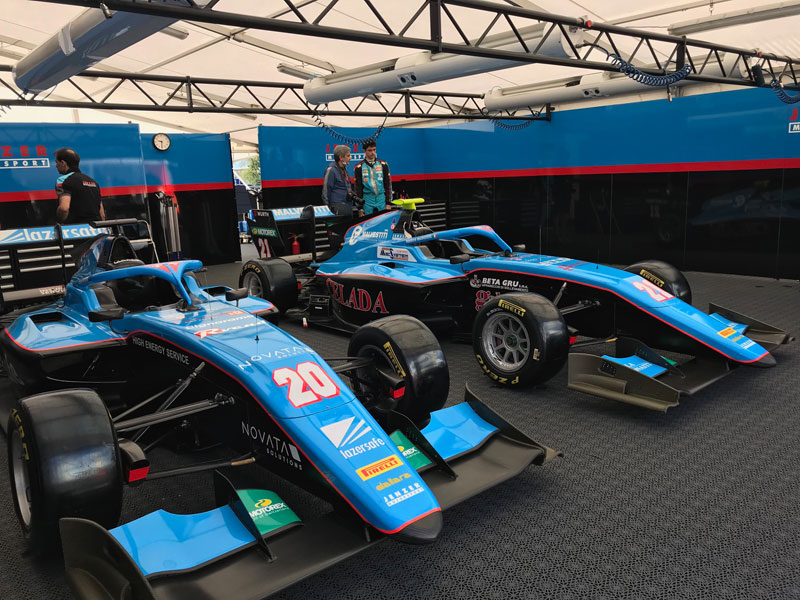 The qualification session started just three and a half hours after free practice. It was dry now and the clouds were loosening up more and more. Our drivers did their best, as in the strong field everyone improved right to the end. It was Matteo who best managed to improve, and he finished 18th. His lap time was 0.799 seconds behind the pole time. Federico followed in 19th place, and Calan was 23rd, 1,126 seconds behind the fastest time.

The first FIA F3 race of the season got off to a good start, and the huge field set off. Matteo got away well and had overtaken Fewtrell, but had to return the position a few turns later. Matteo was in 17th place. After that, he was fighting for positions with Das, and his car jumped over the curbs. Matteo lost momentum and fell back to 27th place. After that he drove consistently good lap times, but did not improve his position anymore. Federico, who started directly behind Matteo, initially kept 18th position. Because he hadn't quite found his balance yet, Das and Fraga managed to get past him. Federico later found confidence and thus his rhythm. He managed to make up the places and shone in confidently safe overtaking maneuvers. Federico finished the race in 19th place. Calan got underway well and held his position. He then fought it out with Schumacher over positions, prevailed and caught up with Federico towards the end of the race. Calan finally finished 21st. 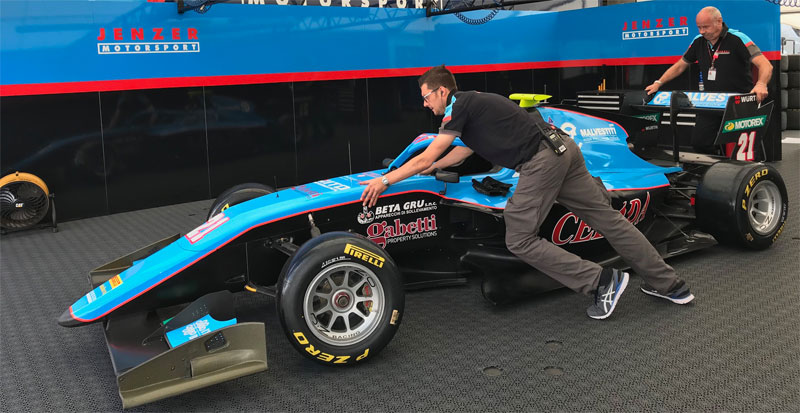 After the start there were many battles for positions throughout the field immediately after the start. Our drivers managed to avoid all contacts, but had lost some momentum. Federico then quickly managed to work his way up from 21st to 17th place. He tried another overtaking maneuver, but this was too optimistic and it went wrong. Federico dropped back to 20th place. Once again he managed to make up the places. He was back in 17th place when he received a drive-through penalty for an early start. He redeemed the penalty and returned to the track to continue his race. Just then there was a safety car phase, and Federico was able to use this to catch up with the field. After that, there was little time left to make up more places. Federico finished 21st in an exciting race. Calan had an off track moment after a few laps and dropped back to 27th place. He managed to steadily make up places and work his way up to 17th place. Matteo started from far back in the field and managed to work his way forward lap by lap. He reached the finish line in 18th place, which was directly behind Calan.

We look forward to the next race which will be held already next weekend also at the Red Bull Ring (A). 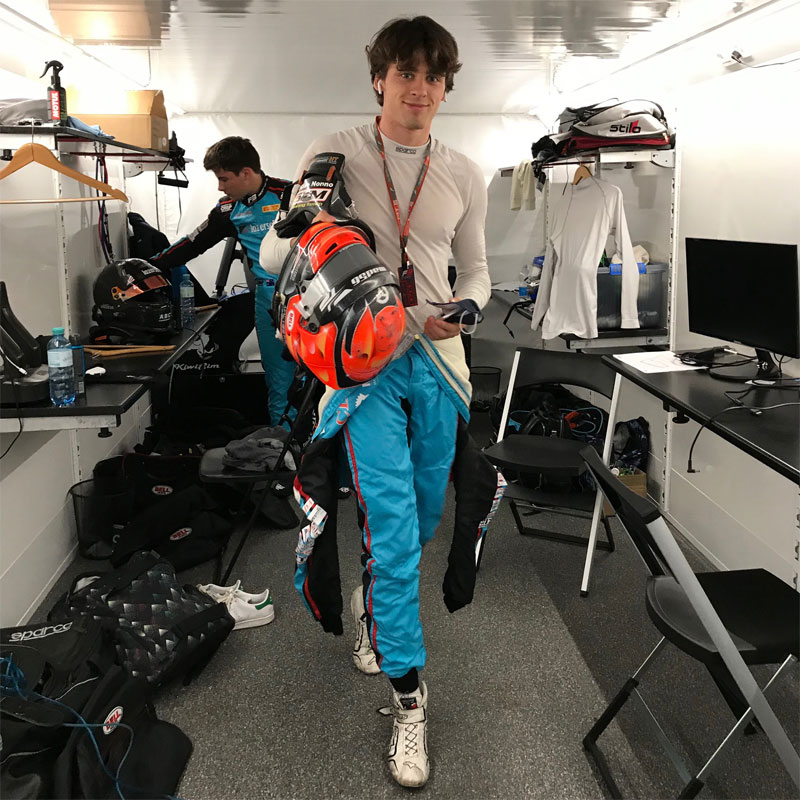 Championship standings after 2 out of 18 races: