Joutsimies shines with a Podium at the Lausitzring

After the qualifying on Friday took place in the dry, it rained during the night and didn't stop until the race. The F4 field therefore got ready on wet weather tyres. There were hairy moments right from the start when some drivers didn't get off well. After an exciting first lap, in which several cars already endured spins on the slippery track and made a trip through the gravel, our drivers were in promising positions: Rasmus was 3rd, Samir 6th and Nandhavud 7th. Rasmus defended 3rd place during long laps against Sauter and Sztuka, but after grueling battles for the line, finally prevailed. Rasmus crossed the finish line in a brilliant 3rd overall, and was also the best rookie. He proudly accepted the trophies on the podium. Samir was very well under way. But then a spin threw him back a few places. Nandhavud was now in 6th position, which he defended against David in a tough side-by-side fight. But eventually David managed to get past Nandhavud and Ried followed suit. Samir was now directly behind Nandhavud and the two teammates were now fighting for positions. In the end, Samir managed to bring home an excellent 8th place, and Nandhavud, who had made another little excursion through the gravel, reached the finish right behind him in a very good 9th place. All had fought hard despite difficult conditions and reached the finish without damage.

On Sunday morning the track was still damp from the overnight rain, but by the time the Formula 4 race started most of it had dried. Rasmus was able to keep his 4th place after the start and defended it during long laps. Finally, Ried attacked and brought the overtaking maneuver to an end. Kluss managed to catch up and follow suit in the next lap. Rasmus was now in 6th place. Samir got off to a good start and immediately made up several places. He was running good in 7th place, but when his tyres started to deteriorate he slowly dropped back to 10th place. Nandhavud immediately found a very good rhythm and worked his way up lap after lap. In the last few laps he even managed to catch up with Rasmus and to put him under some pressure. Nandhavud finished a strong race in an excellent 7th place. 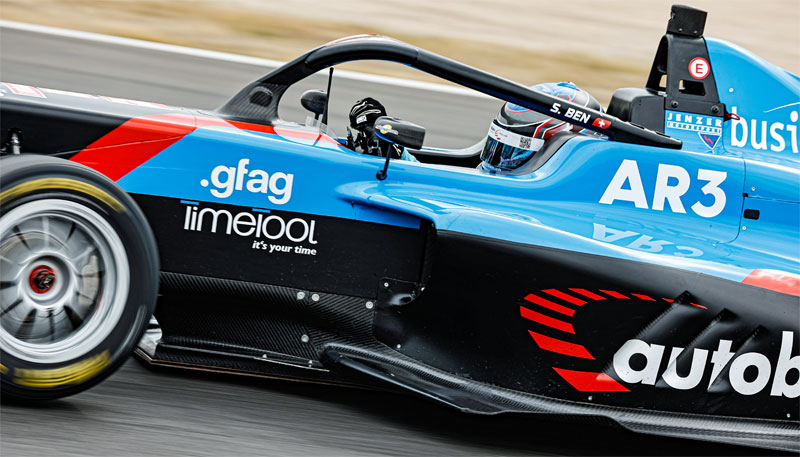 On Sunday afternoon the last race of the weekend started in front of a large crowd of spectators. The sun even made an attempt to appear. All the drivers seemed to be a bit electric and already on the first lap there were a lot of attacks and overtaking manoeuvres. This went on lap after lap until the end. On lap two, Rasmus took the lead from David. Rasmus managed to stay ahead for several laps until Barnard and Bedrin managed to use their experience to get past him into the lead. Rasmus came under pressure from Kluss later and fought a tough battle with him for the final podium spot. When the two crossed the finish line, a photo had to decide which was in 3rd place. Kluss had made it onto the podium with a lead of 3 thousandths of a second! Rasmus ended up in a brilliant but thankless 4th place. After the start, Nandhavud stayed in the leading group for a few laps, until he went wide a few times and the following competitors easily passed him. Nandhavud saw the finish in an excellent 6th place. Samir was involved in tough fights with Sauter and Liu. When Samir briefly came off the track, it ended in a spin for him. He was able to continue, but had lost places and now crossed the finish line in 11th place.

The next race meeting in the ADAC Formula 4 Championship is planned to take place on the weekend of 16th October 2022 at the Nürburgring (D). 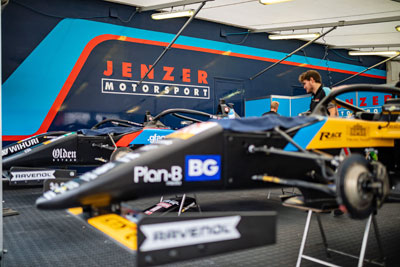 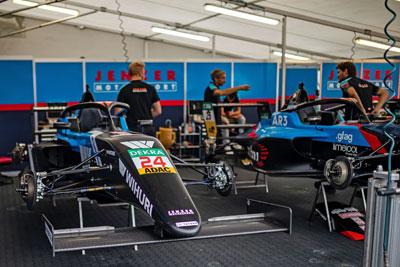 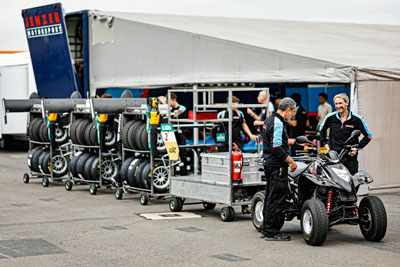 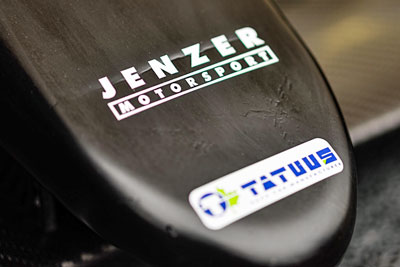