Joutsimies with points in Zandvoort ( TO )

The third of six race events featuring the 2022 FIA F4 ADAC German Championship took place on the demanding Dutch Grand Prix Track at Zandvoort. There were 19 drivers on the entry list.

On Saturday afternoon, with the sun now shining over the circuit, the 19 drivers met on grid for what turned out to be a tough first race of the weekend. When the lights went out at the start, Rasmus got underway well from 12th position. The Finnish driver got under pressure as the group approached the first corner, but Rasmus was able to defend his place. Behind him, Nandhavud and Samir were also in the battle for positions in 14th and 16th place respectively. Already by the end of the first lap, a Safety Car had to be deployed as a competitor went off track and ended in the gravel trap. The interruption didn’t last long and soon the race continued. As our drivers were trying to catch up with the ones in front, there was a hairy moment when Samir and Nandhavud collided together. Luckily they were able to rejoin the race, but they both dropped down the order and had to rebuild their race. Overtaking was a challenging task. Rasmus brought home a great 12th place. When the checkered flag was waved Samir saw it in 15th place, with Nandhavud right behind in 16th.

On Sunday morning, the second race of the weekend got underway in Zandvoort. Starting from 12th place on the grid, Rasmus unfortunately made contact in the opening lap and immediately had to visit the pits for a quick front wing change. In the meanwhile, another unfortunate moment happened as Samir and Nandhavud touched when the Swiss driver tried to overtake Nandhavud, leaving the Thai driver with a broken rear suspension. The race was over for Nandhavud, while a Safety Car had to be deployed to clear the track. Taking advantage of this first safety car phase, Rasmus rejoined the group in 16th position, with Samir in 18th place. The race got underway again, but soon another Safety Car had to be deployed as another driver found himself beached in the gravel. Both our drivers took advantage of the restart and tried to recover as many places as possible. Putting on a good recovery performance, Rasmus took the finish line in 12th place with Samir not far behind in 15th position. 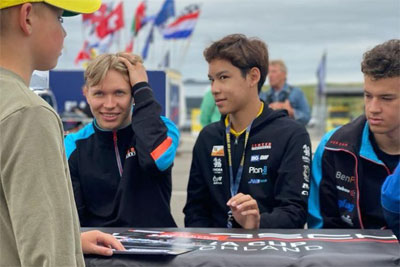 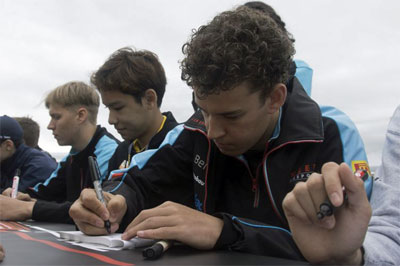 The last race of the weekend got underway on Sunday afternoon, with the 19 drivers ready for an action packed race. From the 12th spot on the grid, Rasmus didn't manage a smooth start and lost a position in the opening lap. The Finnish driver didn't give up and kept fighting. Taking advantage of two safety car restarts, Rasmus picked his way through and climbed up the order to cross the line in a very positive 9th place, taking points and 4th place rookie. When the lights went out at the start, Samir started well and managed to keep his position. The Swiss driver kept it clean during the race and fought hard to eventually cross the line in 12th place. Unfortunately, it was another tricky race for Nandhavud as the Thai driver was forced to return to the pits and retire his car following two accidents on track.

The next race meeting in the ADAC Formula 4 Championship is planned to take place in 6 weeks’ time, on the weekend of 7th August 2022 at the Nürburgring (D). 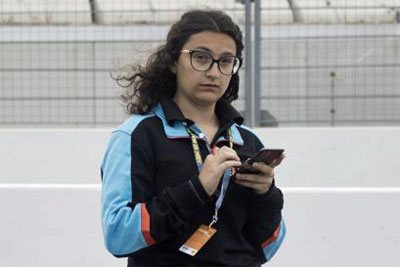 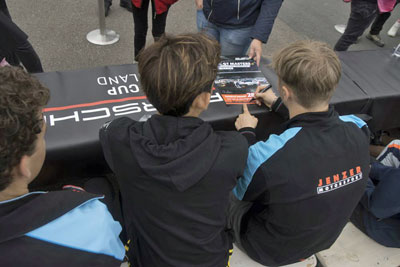 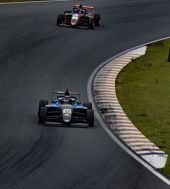 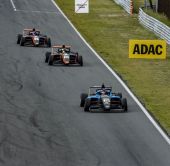