The second of six race events featuring the 2022 FIA F4 ADAC German Championship took place on the popular Hockenheimring (D). There were 21 drivers on the entry list.
Samir Ben started for the first time this season and Oleksander Partyshev came on to replace Nandhavud Bhirombhakdi. Rasmus Joutsimies competed in his second race event in the single-seater category.

The start went well and Rasmus and Samir made up a few places on the first lap. Olkesandr was also trying his best to improve his position. It was a tight fight and there was contact with another car. This damaged his right rear tyre, which ended in a flat tyre. Oleksandr was able to slowly drive back to the pits, where unfortunately his race was already over. Rasmus was in a fair fight with Badoer and Sauter for long laps, and eventually managed to move up to 11th place. After a good race, Samir nicely overtook Fittipaldi shortly before the end and with that saw the checkered flag in 14th place. Wharton was handed a time penalty after the race, which moved both of our drivers up a place. Rasmus thus secured the last point with the 10th position. Samir was classified 13th.

Early on Sunday morning everyone started with cool heads. There were a few minor incidents on the first lap. Our drivers all managed to get through well and make up places. Rasmus and Oleksandr then battled it out for 11th place, passing each other a couple of times. Then Armand intervened and Oleksandr went wide and fell back a bit. Rasmus stayed near the top ten and safely brought home 11th place. Samir moved up to 14th place with good speed and then had Oleksandr in front of him. A long battle between the two began, but Oleksandr maintained his 13th position to the end. Everyone drove fairly and gave each other enough space despite their great efforts to pass each other. After the race Fittipaldi was handed a time penalty, and with this Oleksandr was moved up to 12th in the results.

In the third race, the cool heads of the drivers didn't seem to be there anymore. There were several incidents and during the course of the race the first safety car had to be deployed this weekend. Samir had a collision with a competitor shortly after the start, which unfortunately resulted in the vehicles being damaged and the race already being over for both drivers. Rasmus and Oleksandr immediately started a long battle which ended with Oleksandr coming into the pits with a flat tyre and Rasmus with a damaged front wing. Both received new parts and were able to continue the race. Since there was a safety car phase, it was possible for them to catch up with the field. After the restart, Oleksander made up several places and drove forward energetically to 8th place. Rasmus finished in 16th place. He was given a time penalty for jump start.

The next race meeting in the ADAC Formula 4 series takes place in 6 weeks’ time, on the weekend of 26th June 2022 at Zandvoort (NL). 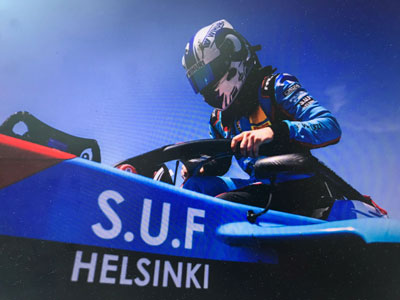 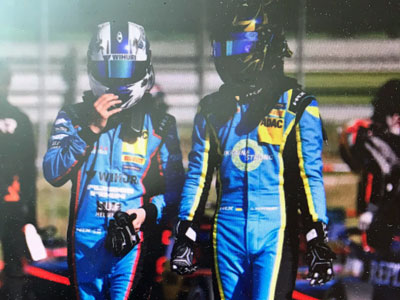