Ramos Reynoso shines at Monza ( to )

The final of seven meetings in the Italian FIA Formula 4 Championship took place on the ultra-fast GP circuit at Monza (I). A great field of 35 drivers took part in this last event of the season.

On a cool Saturday midday the first race of the weekend took place and it turned out to be a thrilling one. When the lights went out at the start, Piotr managed a good gateaway and immediately moved up in 9th place. Behind him, Francesco started from the 14th position and held it. With the slipstreams game and some chaotic first laps, all our drivers were in the battles, moving up and down the order. In a recovery mode, Jorge and Samir were staying out of trouble and making good progress and were in 19th and 26th place respectively when an accident happened at turn one and the Safety Car had to be deployed. Unfortunately, Santiago had to run wide to avoid the incident and dropped down to 25th position. As the Safety Car pulled in the pits again and the drivers were free to race, a chaotic restart saw our Italian driver Francesco involved in a contact with another concurrent. Francesco had to enter the pits to change a broken front wing and rejoined the field in the back as another Safety Car had to be deployed. At this point Piotr was up to 10th place, followed by Jorge in 16th, Santiago in 21st and Samir right behind in 22nd position. For the second time, the Safety Car re-entered the pits and the race was restarted. The last minutes of the race were intense, with battles going on throughout the field. Piotr drove a great race and crossed the line in excellent 8th position, taking good points. Jorge finished in a great 13th place, with Santiago right behind in 14th place. An amazing recovery saw our Swiss driver Samir crossing the line in 19th place with 13 positions gained. In the last laps of the race Francesco managed to move up some places and finished the race in 22nd position. 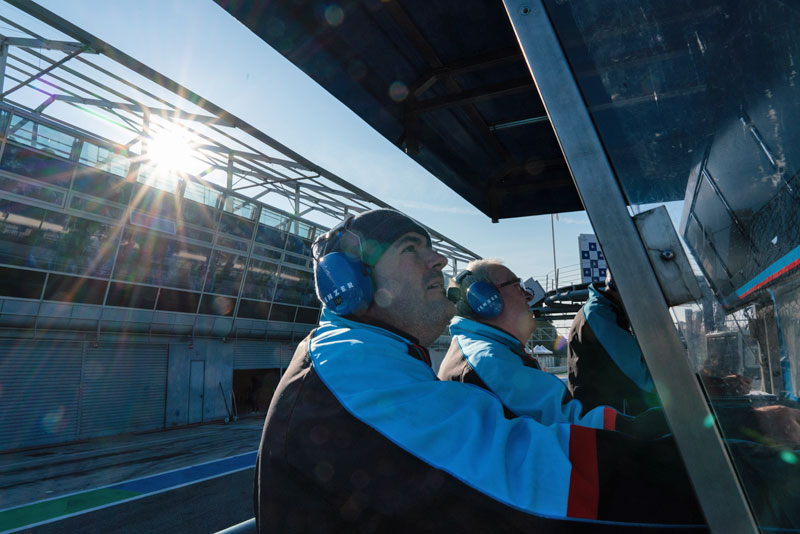 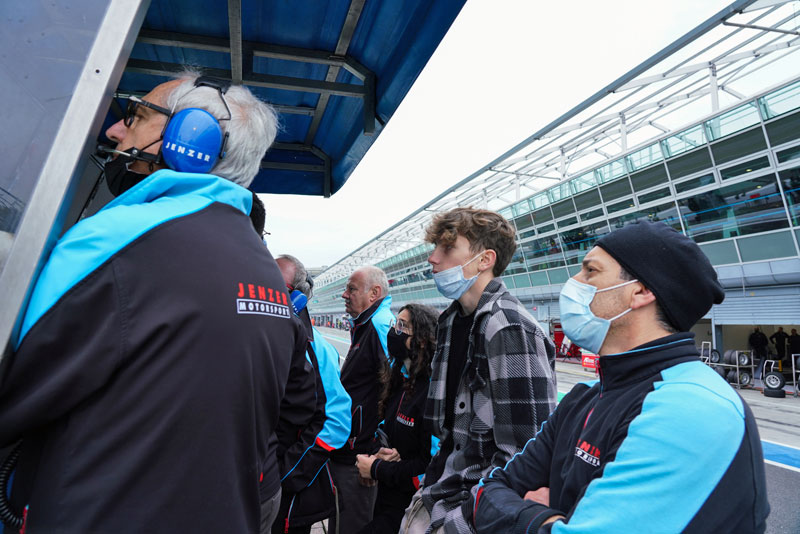 During the afternoon it started raining and despite it stopped when the drivers reached the grid, the track was soaking wet and the race got underway behind the Safety Car. When the Safety Car finally pulled in the pits and we could race, the track was very slippery and conditions were very tricky. Our drivers managed a safe gateway and the battle began. Santiago did an amazing job from 14th place on the grid. The Mexican driver lost a few places when the race got finally underway, but he didn’t give up. Staying out of trouble, Santiago drove greatly to cross the line in 13th position. 26th on the grid, Jorge did a good job taking the car safely to the finish line. Despite losing a few places at the start, the Mexican driver drove safely throughout the race and finally crossed the line in 27th position. It was never going to be easy in these conditions and a rather complicated race saw our drivers Samir, Piotr and Francesco in toubles without taking the chequered flag.

The last race of the season took place on Sunday morning. With the track still slippery, a decision had to be made regarding wet or slick tyres. From 12th place on the grid and with slick tyres fitted, Santiago got away well at the start and immediately moved up to 9th. After the first laps, the Mexican driver was already up to 7th. Keeping the pace with this cold temperatures and the slippery track wasn’t an easy task and Santiago dropped momentarily down to 11th. He didn’t give up and despite some hairy moments at Turn 1, he kept it safe and crossed the line in 10th position, taking a final nice point. Piotr decided to go with wet tyres and was performing well, when a contact with another driver at Turn 1 meant he fell way back in the big field. Taking advantage of two safety car phases, he eventually recovered some places and crossed the line in 22nd. From further down the grid, Jorge did a great race and drove greatly to cross the line in 21st position. Samir was driving well, making progress throughout the race. He then spun but was able to rejoin at the back of the field. The Swiss driver eventually crossed the line in 23rd place, recovering positions in the last stages of the race.

With this the 2021 FIA F4 Italian Championship ended. Next year, a new Formula 4 chassis will be introduced, which will be built in accordance with the latest safety regulations, so we are already looking forward to the new season and hope that you will then accompany us again. 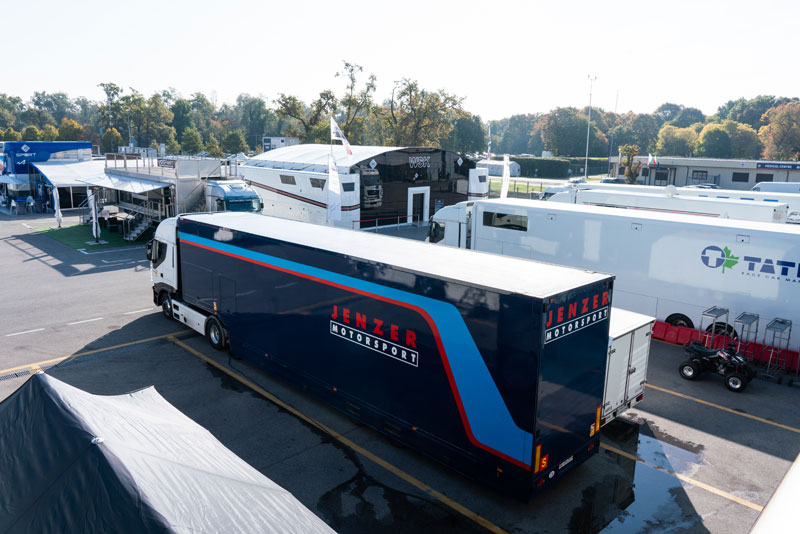