The 2021 FIA F3 met up for their fourth race event on the fluid and demanding Hungaroring Circuit near Budapest, racing as one of the support races for the Formula 1 Rolex Magyar Nagydij 2021. Overtaking is normally not easy on this circuit, and the drivers faced major challenges in terms of tyre management and track limit observance.

In free practice on Friday morning, the track was still very dirty and with little grip. d Johnathan, who previously only knew the track from the simulator, did a very good job and came in 140th. Filip achieved an attractive placement in 260th position because he had not used any new tires. Calan didn’t improve the lap time with the new tires and finished in 270th place.
As expected, the track had changed for qualifying after the F1 and another series had also driven. Our drivers gave their best, but none of them managed an optimal lap, which means that their personal fastest sector times were achieved in different laps. Calan finished in 16th place, Johnathan was 23rd and Filip was placed 30th. 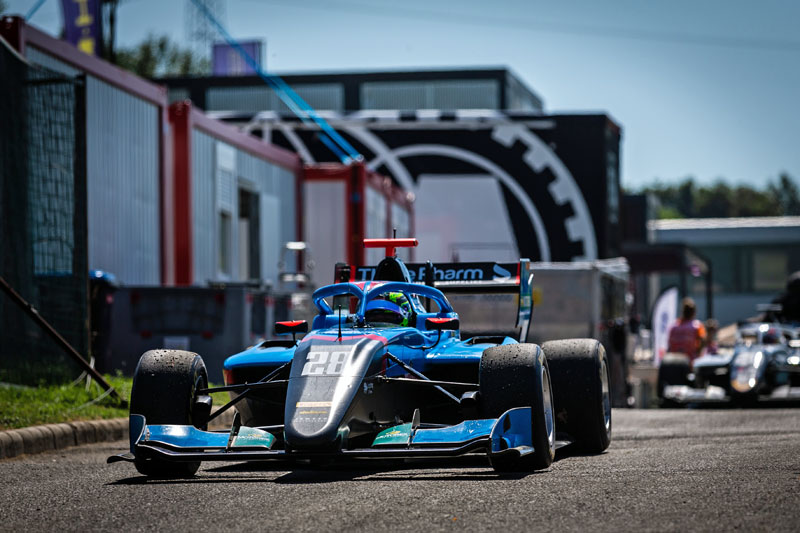 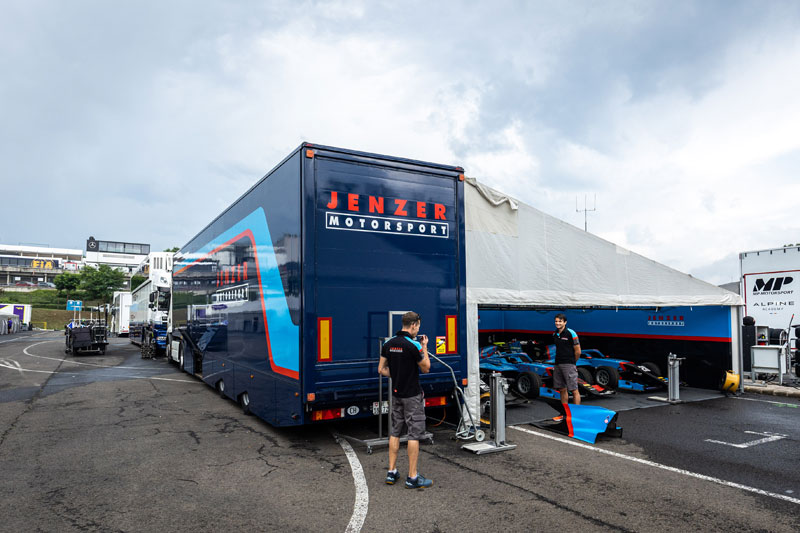 A few raindrops fell during the night and in the morning, but the track was completely dry for the race. Calan got off well and made up positions at first, but some passed him back again and Calan was 19th at the end of the first lap. Johnathan slipped to 24th place at the start, but was able to regain it and was running in 23rd place. Filip held the position first and then passed Toth, which put him in 29th place. After seven laps Edgar dropped out of the race and everyone moved up one position. Another seven laps later Vesti dropped out of the race as well, bringing Calan to 17th, Johnathan to 21st and Filip to 27th position. Then an incident between Cohen and Crawford got the Safety car deployed and taking over the large field. Calan actually drove faster than Hughes, and at the restart Calan attacked Hughes, but couldn’t quite make the overtaking maneuver stick. Calan in the end brought his racing machine home safely in 17th place. Johnathan got overtaken by surprise by van der Helm at the restart and in the end reached the finish line in 22nd place. Filip drove well and stayed out of trouble. He reached the checkered flag in 25th place. As always, it had been very difficult to overtake on the fluid circuit of the Hungaroring. There was very little movement in the field during the entire race. On the other hand, the tyres seemed to degrade less than expected. So maybe the drivers could attack more in the races to come. 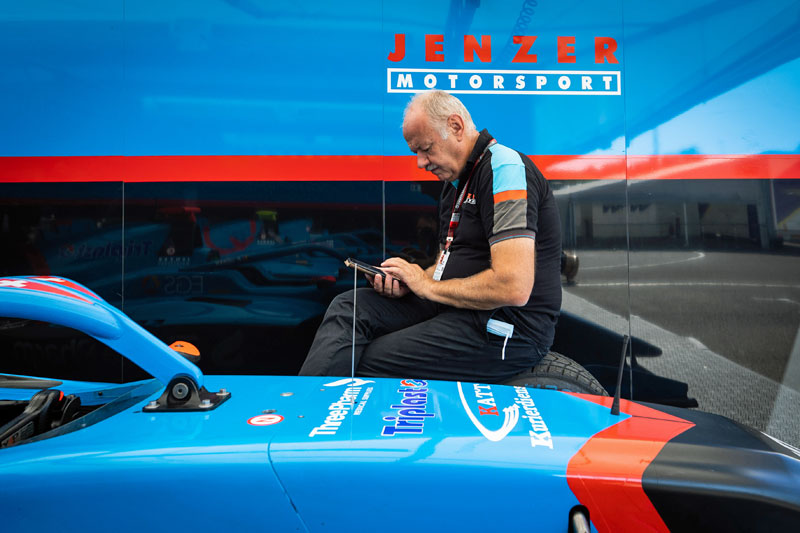 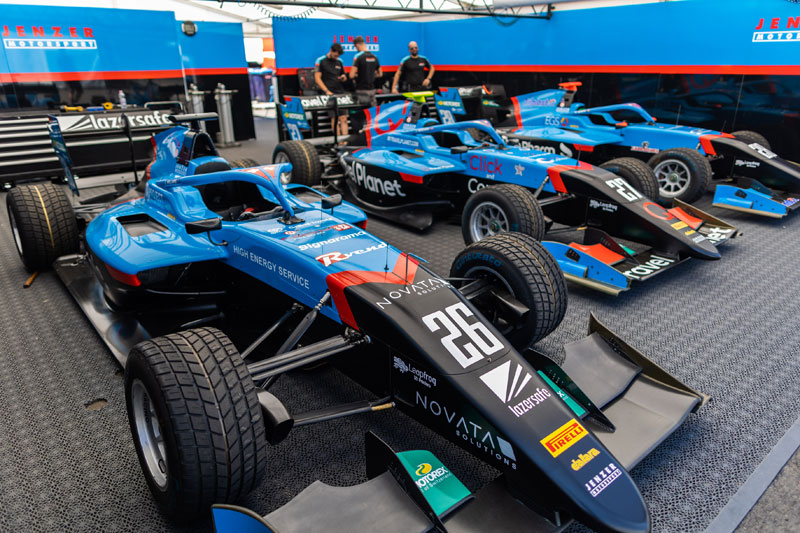 In the afternoon the sun was shining again and the temperature had risen. Calan didn't get away well at the start and fell far behind. Johnathan, on the other hand, got off very well and was already 15th after the first lap. Filip also got off to a good start. He drove aggressively and soon managed to overtake a few vehicles. With nice maneuvers he managed to work his way steadily forward. In the end, he crossed the finish line in 20th place. Johnathan first managed to defend 15th place well. But then his tires began to wear off and some competitors passed him. Johnathan crossed the finish line in 19th place after a tough race. After the bad start, Calan was not able to get into a rhythm during the whole race and hardly improved. He reached the checkered flag in 24th place. After the race, Johnathan received a time penalty for pushing Van der Helm off track. With that he fell back to 22nd place. Filip moved up to 19th place, which was his best place in the category so far.

On Sunday morning there was a heavy downpour directly before the cars went to the starting grid. Dark clouds and pieces of blue in between graced the sky. And just as the FIA F3 were on the grid, it started to rain again. Everyone chose rain tires, although it wasn't sure how long or how hard it would rain. The start was given rolling behind the safety car. It turned out that the track was very wet and there was a lot of spray, which severely restricted the driver's view. Soon after the start there were a few accidents in the difficult conditions and the safety car had to be deployed again. Our drivers were now in the following positions: Williams 20, Hoggard 22, Ugran 29. About the middle of the race the sun came out and the track slowly started drying in places. Even so, there was still a lot of spray for a long time, and not many dared to overtake. There was an accident shortly before the end of the race and the safety car took over the field. Since there wasn't much time left, the race ended two laps later behind the safety car. Our drivers had managed well to drive to the finish and were able to avoid all accidents. Calan finished 17th, Johnathan was right behind him in 18th, and Filip crossed the finish line in 22nd position.

We are looking forward to the next race which will take place on the weekend of 29th August at classical Spa-Francorchamps circuit in Belgium.

Championship standings after 12 out of 21 races: