Hoggard and Williams gather points at the Red Bull Ring

The 2021 FIA F3 circus met up for the third event of the season as they ran as part of the BWT Formula 1 Grand Prix of Austria on the demanding circuit of the RedBull Ring. Although weather conditions were challenging during the event it was again very clear just how close the competition is within this highly competitive field.

Free practice on Friday morning took place here for the first time in a year in front of an enthusiastic, well-controlled crowd. At the last races in Barcelona and Paul Ricard, only the main grandstands were open on race day of F1. Calan reached 12th place, and Johnathan, who had previously only known the track from the simulator, reached the promising 14th place just behind. With the 20th position, Filip achieved his best position in a free practice so far.
Everyone was hopeful for qualifying. Raindrops fell for a brief moment, but in the end it stayed dry. The session started with a chaotic warm-up of the tires of the 30 cars. Our drivers tried to find a good position to start a quick lap, which turned out to be very difficult. When our drivers later wanted to pull out of the pit lane with the second set of tires, De Gerus drove off at the same time and hit Johnathan hard on the sidepod. The sidepod and underfloor were damaged. Almost at the same time, Cohen had a problem and got to a stand still on the track, and the session was stopped with the red flag. All vehicles came back into the pit lane. When the session started again, there was just enough time to try two fast laps. Calan managed to improve from 20th to 13th place. Johnathan and Filip struggled with traffic and had also each of them canceled their best lap times due to exceeding the track limits. With that they were practically not improving their lap times. Johnathan was stuck in 27th place and Filip in 29th place.

The first race was started under a clear blue sky. Calan did not get off well and lost several places. He then slowly worked his way up from 17th place to 13th place, from which he had started. But he was found responsible for causing a small incident with Schumacher and punished with a 5-second time penalty. With that he ended up in 19th place on the ranking list. Johnathan had a very good first lap in which he moved up to 20th place. During the race he fought between places 22 and 23, but in the end he had improved again to 20th place. Filip also managed a very good first lap and was up in 23rd place. Then he went wide and lost momentum. He was overtaken immediately and then drove long laps in 27th place. By the end he managed to move up to 25th place. After the race, various penalties, mainly due to track limits, were handed out to 11 drivers. The classification changed completely. Calan was now 16th, Johnathan 18th, and Filip 24th. This improved their starting position for the next race.

Clouds and a little wind brought some cooling. Johnathan managed a great first lap and avoided all accidents. This brought him up to 17th place. Calan got off less well and came back 19th. Filip had worked his way up to 22nd place. Sargeant and van der Helm had clashed and the safety car had to be deployed. At the restart, Johnathan was ready and went forward a few more places and was now 15th. Calan also improved by one place and was now 18th. In the second half of the race, the actions of the drivers became braver again, and several accidents ensued. The safety car reappeared and Johnathan was now 11th. When Martins had to abandon this put him in 10th place and therefore in the points. Calan moved up to 16th place, and later crossed the finish line in 15th place. Filip under way well and was already in 21st place. After an incident, he dropped to 27th place. He later managed to fight for 23rd place and change positions several times. In the end he reached the checkered flag in 22nd place. 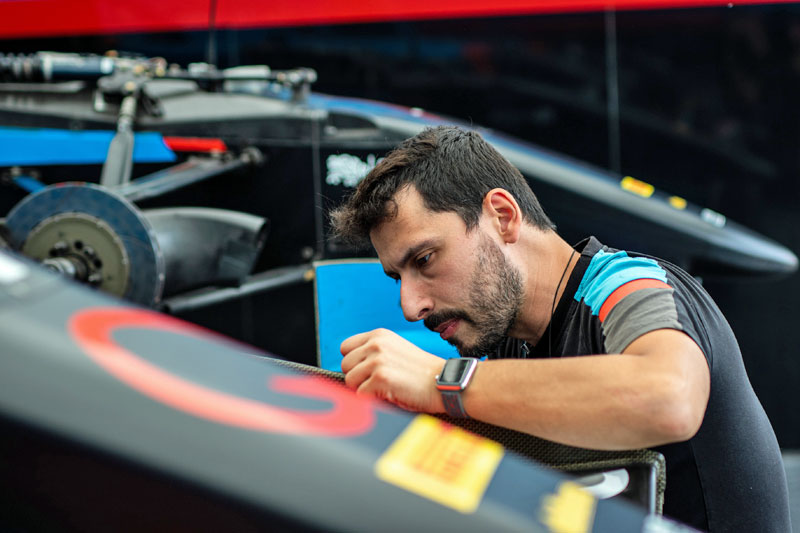 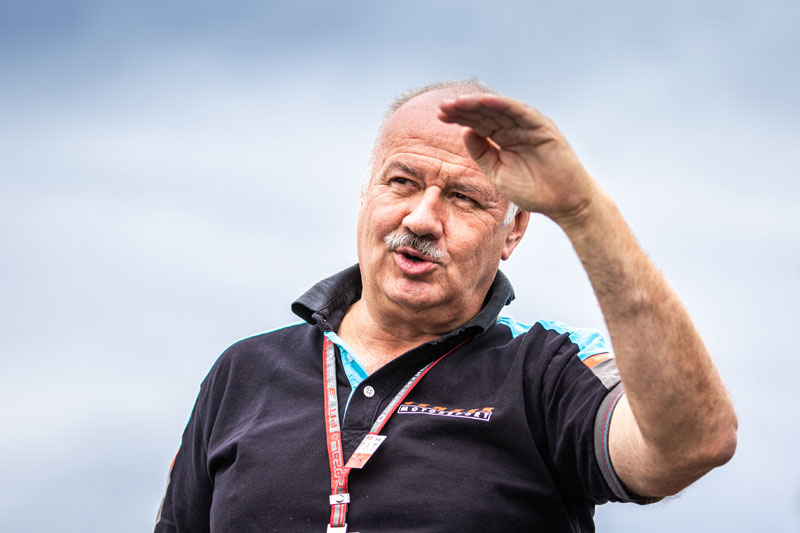 A few raindrops fell on Sunday morning, but then it stayed dry. The large field made a good start to the third race of the weekend. Calan was hopeful and wanted to do everything possible to make it into the top ten. After the start he made up one place and was 12th. When three vehicles were involved in an accident, the safety car had to deployed. With that, Calan moved up to 9th place. At the restart he was surprised by Iwasa and now defended 10th place. After further exciting laps he reached the finish line with an excellent 9th. Johnathan made another spectacular first lap and already made up severak positions. But then he had an off track moment and lost momentum. That’s how he found himself relegated to 27th place and had to restart catching up again. He worked his way forward steadily and finally reached the finish line in an appealing 18th place. Filip was also doing well and already moved up to 23rd place soon after the start. After the safety car phase at the restart, he went wide and was handed back to 26th place. He then managed to improve his position again and finished the race in 22nd place.

We are looking forward to the next race which will take place on the weekend of 1st August at the Hungaroring Ring in Hungary.

Championship standings after 9 out of 21 races: