Rookie Podium for Braschi in Paul Ricard in F4 Italy

The first of seven races of the Italian FIA F4 Championship took place on the fast GP circuit of Paul Ricard (F). A huge field of 37 vehicles were registered. The 17 rookies in the field were clearly dominated by the more experienced drivers. The level of the drivers was high and the lap times were incredibly close together. Exciting races were expected.

Just as the F4 drove to the grid, raindrops started falling. The race director decided to declare "Wet Race" and the start was carried out behind the safety car. After two or three laps the rain almost stopped, and it didn't rain again until the last laps of the race. However, all cars were on slick tyres. The track surface was very slippery, and off the racing line, the track was very dirty. Every overtaking maneuver posed a risk. Santiago and Francesco managed the first laps very well and despite the difficult conditions they made up several places one after the other. Santiago was in 12th place and Francesco was on his way to 13th place when he went wide and spun on dirty tyres a few corners later. He was able to rejoin the huge field again in 24th position, but unfortunately a position on the rookie podium was lost. Francesco worked his way up to 20th place again until the end. Piotr improved lap by lap, place by place. In the end he had moved up from 32nd place to 27th place during the race. Jorge and Samir also fought for positions and finally reached the finish in 32nd, and 33rd place respectively. When the rain got heavier again towards the end of the race, the safety car took over the field after an incident and stayed in the lead until the finish line. 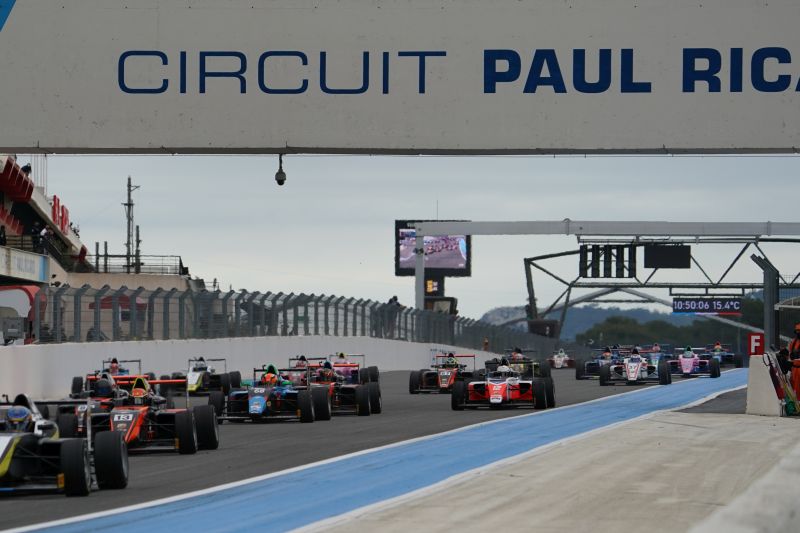 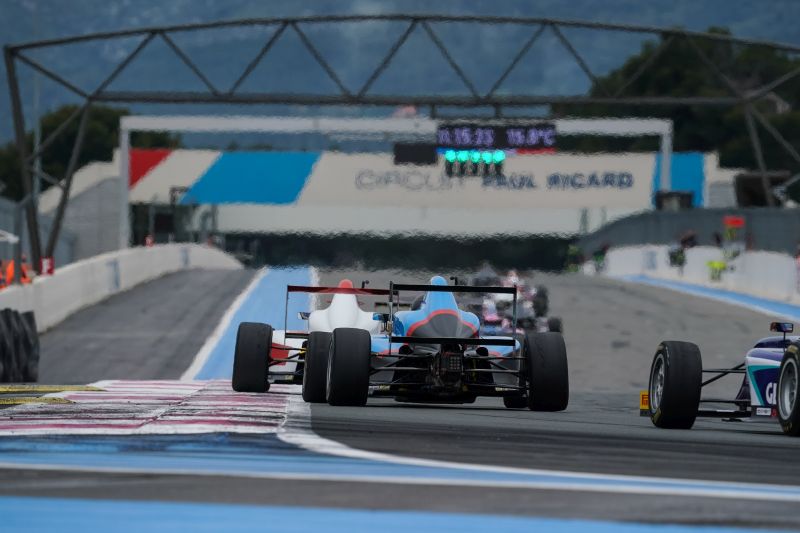 Some drivers got under way badly at the start, which resulted in several collisions. Unfortunately, Francesco was also involved and his race ended on the first lap with a damaged car off the track. Santiago was slightly involved but was able to continue without much damage, but fell far back. Piotr, Samir and Jorge were able to avoid collisions and were already well on their way. Piotr was 26th, Samir 29th, Jorge 30th and Santiago 33rd. Then Samir was hit sideways by a competitor. He came back to the pit lane for inspection, but unfortunately had to abandon the race because the damage was too great to be repaired quickly. Piotr now worked his way up quickly, and had advanced to 18th place. Santiago was already in 26th place, just behind Jorge. When restarting after a safety car phase, Piotr managed to make up further positions. In the end, he finished 11th and narrowly missed the top ten. Santiago had made up so many positions in a strong race and with good restarts that in the end he crossed the finish line in 12th place, right behind Piotr. Jorge was in 22nd place when he was pushed by a competitor on the last lap and spun off the track. He was able to rejoin and crossed the finish line in 29th place. 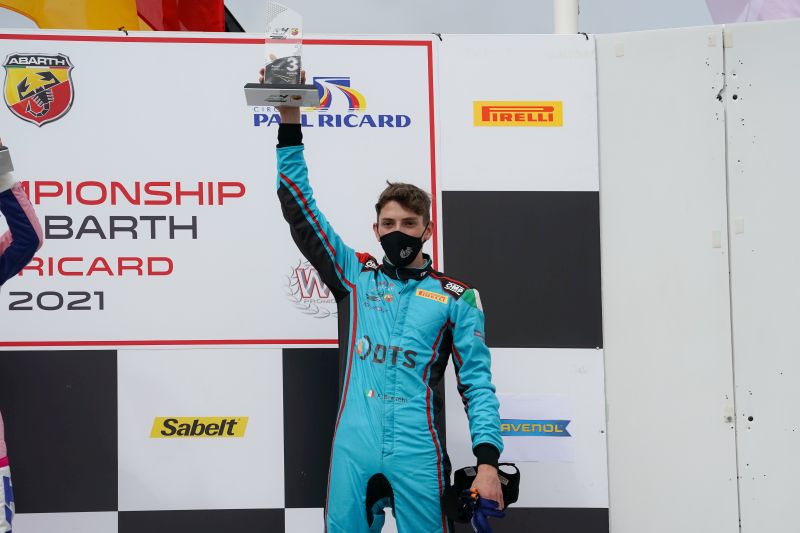 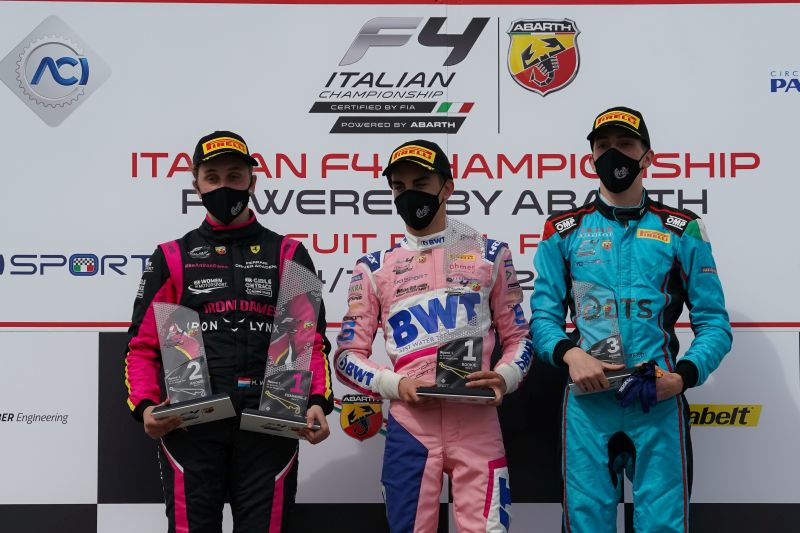 Santiago managed a good first lap. He then installed himself in 12th place and secured this position until the end. Francesco moved between 20th and 21st place until he was able to improve significantly after a restart and saw the checkered flag in the end as 16th. That also meant 3rd place on the rookie podium! Francesco proudly took the trophy at the ceremony. Piotr improved first, and then got stuck a bit. He safely brought home 21st place. Jorge was doing well and was already in 26th place when an accident occurred right in front of him and he couldn't evade contact. His front wing was damaged and he had to go back to the pit lane to have the part replaced. He was able to resume the race and finished in 28th place. Samir also had to go back to the pit lane after the first lap to have repairs carried out. After that he achieved very good lap times and finally was classified in 32nd place.

Now we are looking ahead to the second race event of the FIA F4 Italian Championship which takes place in Misano (I) on the weekend of 6th June 2021.