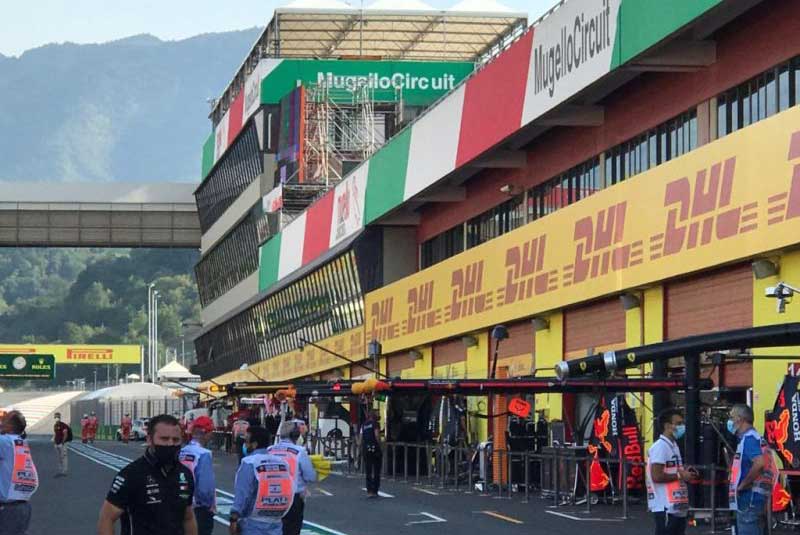 The racing season ends at Mugello

The FIA F3 teams competed for the ninth and last event of this season in the program of the Formula 1 Tuscan Grand Prix 2020, on the fluid and demanding track of Mugello (I). The weather was summerly hot once more. The competition was fierce and although the track was new to the series, the lap times were, as always, very close.

In the free practice session on Friday morning, Matteo reached the very promising 6th place, Federico was 22nd and Calan, who had never raced on this track before, was in 24th position.
Matteo had big goals in qualifying, but in the end it didn't quite work out as planned. He reached 15th place on the grid. Federico was 20th. He had to put in an additional pit stop because one of his tyres was vibrating heavily. After that, he only had one lap left to improve his time. Calan improved with every lap, but it wasn't easy as he had never raced here before. He reached 24th position.

The huge field of the FIA F3 started well. Since it would not be easy to overtake on the very fluid circuit, everyone immediately tried to gain positions. Matteo was in a long battle with Peroni and they changed position several times with the help of the DRS. Towards the end Peroni's tires were badly worn and he dropped back. Matteo crossed the finish line in 16th place after a demanding race. Federico started well and immediately improved. He managed to make up another place during the race and crossed the finish line in 18th place after a flawless race. Calan drove cautiously at first, but he found his way around the track better and better. In the end he was the one who had improved the most positions. From 24th place he moved up to 19th place.

The last race of the season was also exciting, as three drivers could still become champions: Oscar Piastri, Logan Sargeant and Theo Pourchaire. After the start there was an accident between Zendeli and Sargeant, which meant the end of the race for both of them, and also that Logan Sargeant could no longer win the championship. The safety car was deployed. In the end, Oscar Piastri managed to secure the title for himself. He won the 2020 FIA F3 championship just a few points ahead of Theo Pourchaire and Logan Sargeant.
Matteo drove a very good race. Although he was involved in various battles for positions, in the end he managed to keep his tyres alive in order to come home in 15th place safely. Calan had meanwhile moved up to 18th place, but was given a 5 second penalty for a collision with Das. With this he dropped back to 21st place in the end. Federico had started well and was already up in 16th place. As the race went on his tyres detoriated and in the end were so bad that he couldn't fight anymore and was overtaken by a couple of competitors. He reached the finishing line in 22nd place.

This means that the 2020 racing season for the FIA F3 is already over. We are now looking forward to the post-season test days, which are on the program to take place in Barcelona and Jerez in October.