The FIA F3 Championship took part in its fourth event in the Formula 1 program of the 2020 Formula 1 British Grand Prix on the demanding, fast track in Silverstone (GB). After a weekend without a race, this was the first event of another three back to back race weekends. 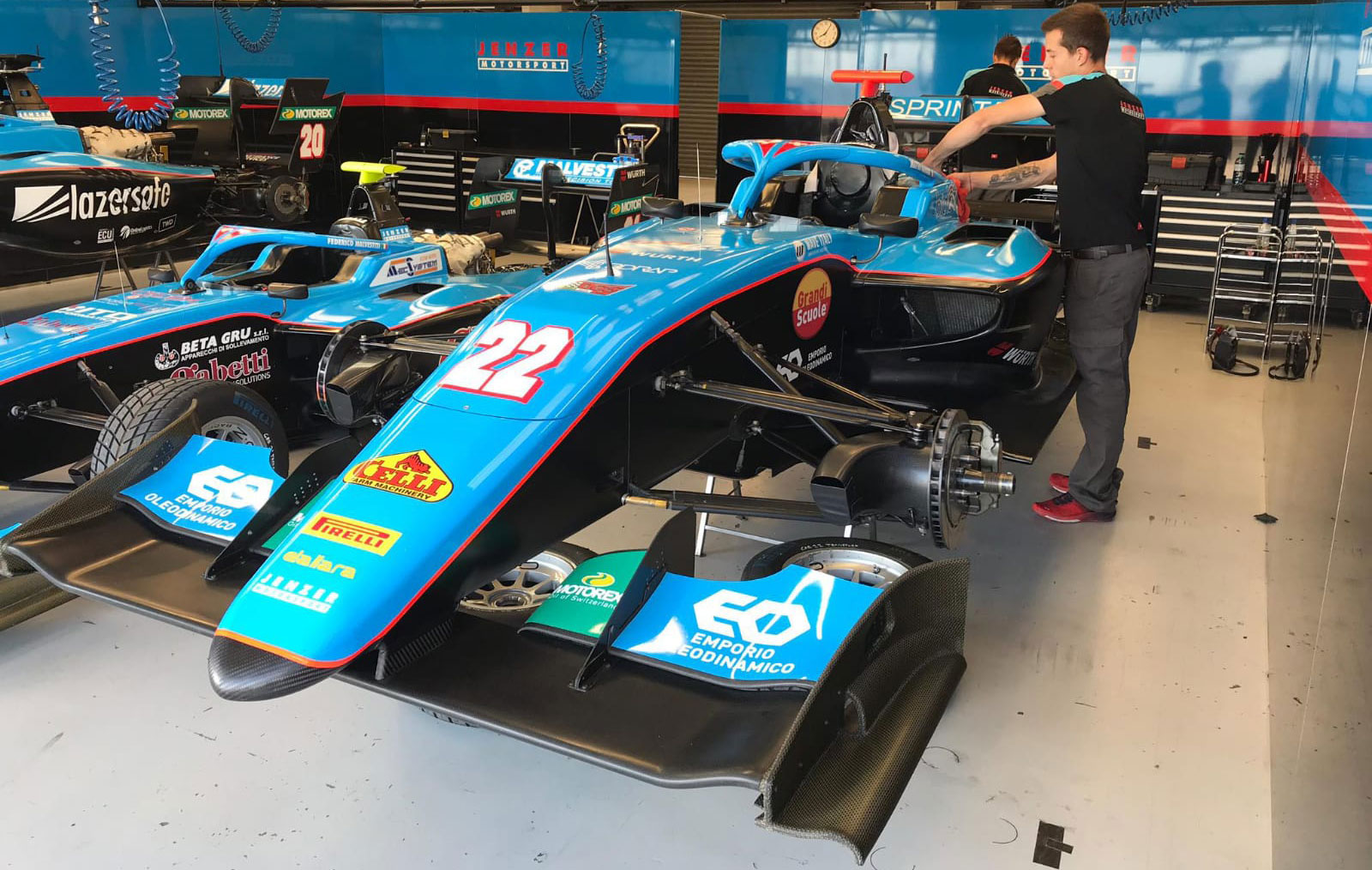 The weather was good and extremely summery and hot for England. The termometer showed almost 27° C in free practice in the morning. Our three rookies did as many laps as possible to familiarize themselves with the difficult tracke. Calan achieved an excellent 9th place, Matteo was 21st and Federico 28th.
Only a short time after free practice, the 30 talents of the FIA F3 already went into the qualifi session. Calan was doing very well, but he was done on his fastest lap. He belongs to the very good 16th starting position. Matteo steadily increased, but the last sector did not make the best of his best lap. He made the 26th place on the grid. Federico does not sound well in the car and he did not get a good rhythm. In the end, he was 29th.

In somewhat cooler temperatures the huge field started for the first race on Saturday morning. Calan avoided an accident and lost a few places. Matteo was hit by Fittipaldi and spun off track. He got stuck and it took some time before he could get going again. With that he had fallen behind the field. Fittipaldi received a time penalty for his act. Federico got well underway and managed a great first lap. He moved up several places. When Doohan and Viscal collided, the safety car took over the field for several laps, and during this time Matteo managed to catch up with the field. Calan had a brilliant race and had already worked his way up to 16th place. When restarting after the safety car phase, he improved by two more places. When Fewtrell, Caldwell and Doohan collided, the safety car had to be deployed yet again. There was so much debris to clear away that finally the race ended under the Safety Car. Calan finished the race in an excellent 14th place. Federico also drove very well. In the end, he had improved by a total of 10 positions and reached the finish line in 19th place. Matteo had made up more places after making the connection to the field. He was classified in 24th place at the end. 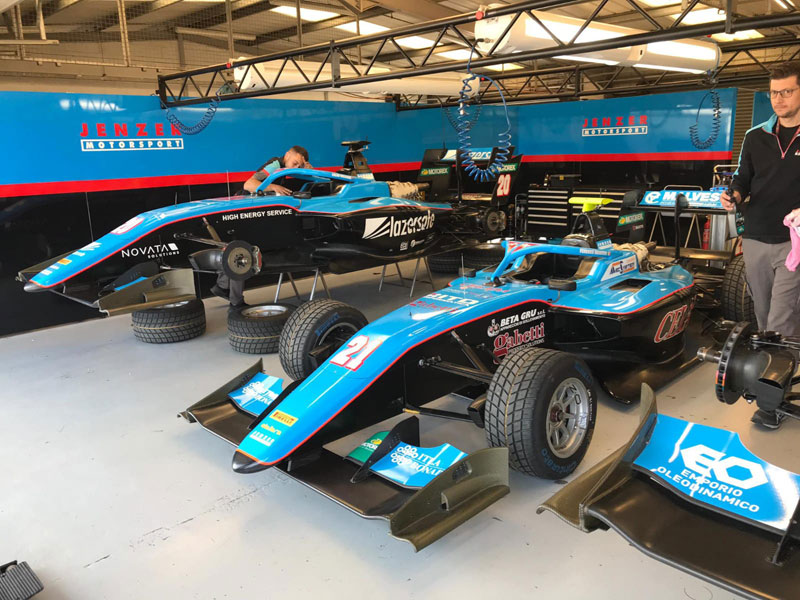 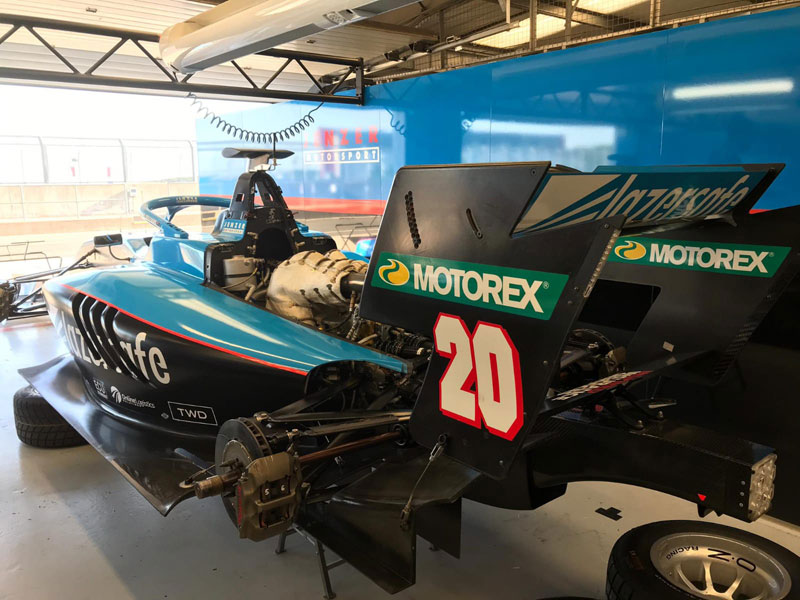 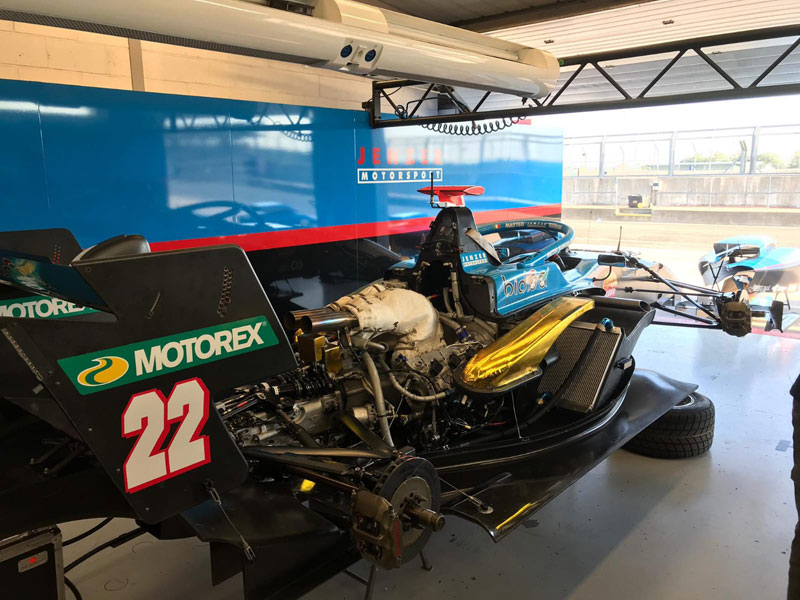 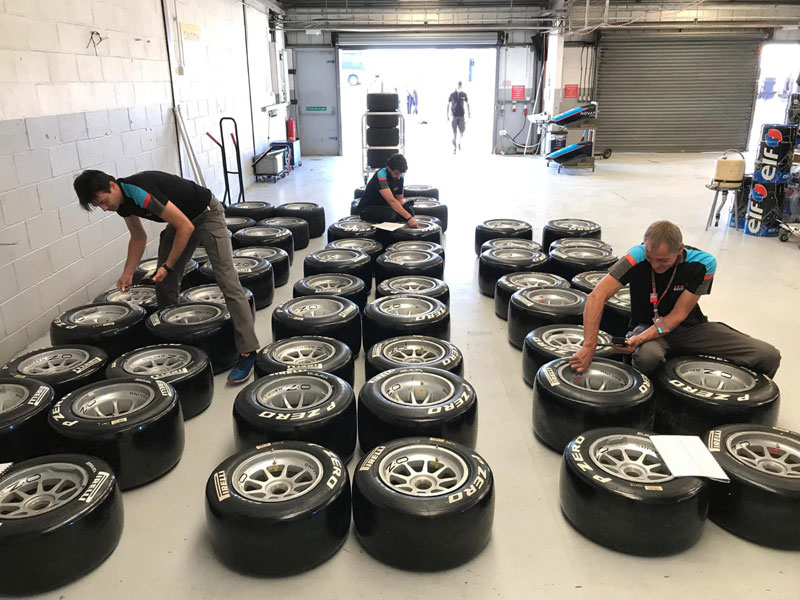 Sunday morning it was very cool again, but the sky was blue and the sun was shining. Federico managed a mega-start lap in which he improved his position from 19th to 15th place. He shone in a flawless drive, advanced further and mastered a good start after a safety car phase. Federico finished in excellent 13th place. Calan went wide in the corners after the start, which some competitors took advantage of and overtook him. After that, he steadily worked his way back up from 17th place, managed a good restart after the Safety Car and saw the checkered flag bringing home 14th position, arriving right behind Federico. Matteo didn’t get underway very well and fell back to 27th place. He fought hard, went on winning positions and loosing them again. At the end of the race he had managed to work his way up again to the position he had started from. He was classified in 23rd place at the end.

We look forward to the next race which will be held also in Silverstone already on the next weekend.

Championship standings after 8 out of 18 races: 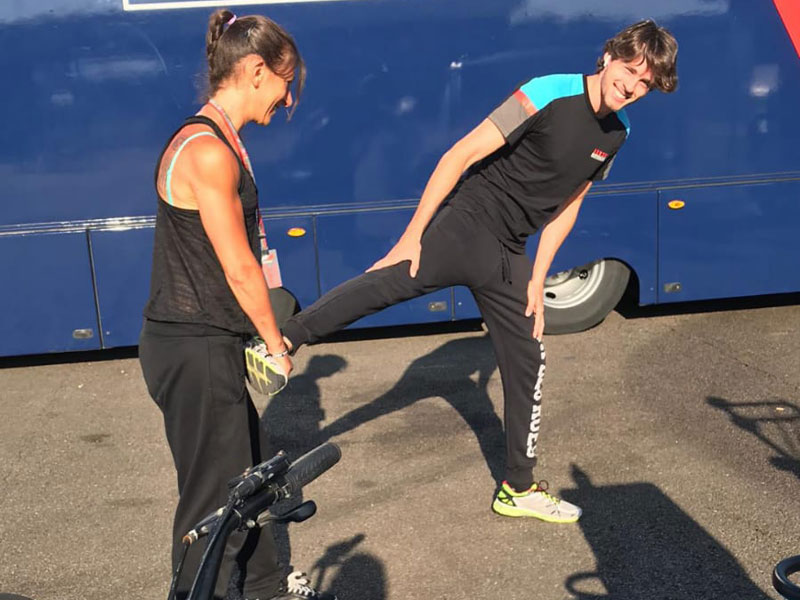 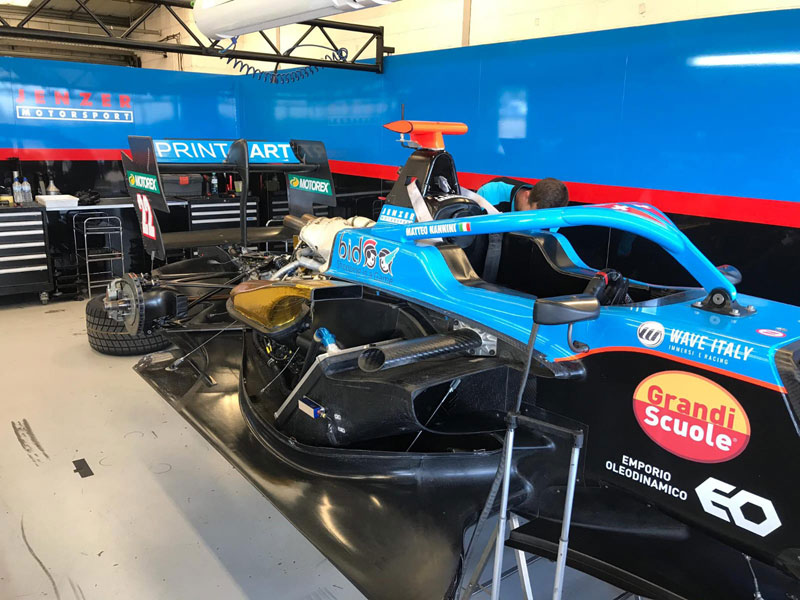