Forlì, 30 January 2020 - Matteo Nannini will race with Jenzer Motorsport in the 2020 FIA Formula 3 Championship, as he continues his ascent of the international motorsport ladder contesting his second single-seater season.

After that Nannini entered the Formula Regional European Championship and racked up a string of top-ten finishes, scoring a best 6th place on his home soil at Imola. The 16-year-old racer continued to consolidate his experience entering the last round of the Formula Renault Eurocup at the Yas Marina circuit, claiming a P5 after impressing with a third time in qualifying. At the end of the year Nannini was the only Italian driver awarded at the annual FIA Prize Giving ceremony in Paris.

Matteo Nannini commented: „I am very excited to move to the FIA Formula 3 Championship. I have done a pre-season testing with Jenzer Motorsport and I am happy to continue my racing career with this great team. I know the level of the series is highly-competitive. Most of the circuits are new for me. But I feel pretty confident to do well.“

Andreas Jenzer stated: "Working with Matteo in testing showed us his big potential. We are very pleased to have him in our FIA F3 team and are looking forward to a great season together."

The FIA Formula 3 Championship calendar consists of 9 events and a total of 18 races. The season runs from 20/22 March and will commence in Bahrain, before visiting Zandvoort (Netherlands), Barcelona (Spain), Red Bull Ring (Austria), Silverstone (Great Britain), Hungaroring (Hungary), Spa-Francorchamps (Belgium), Monza (Italy) and the circuit of Sochi (Russia) for the grand-finale. 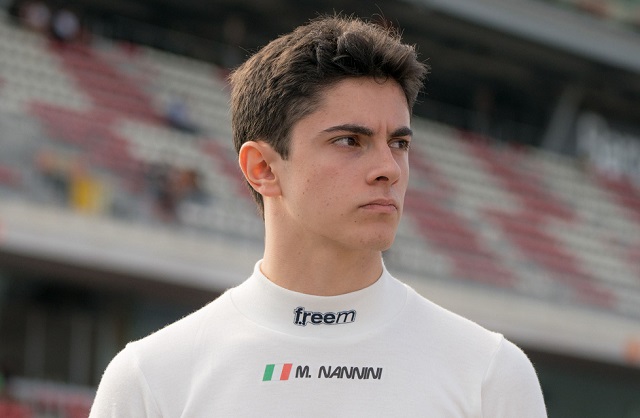