Jasin Ferati with Jenzer Motorsport in the Italian F4 Championship

Jasin Ferati's future is fixed. The 16-year-old from Winterthur changes from karting to formula racing and contests the Italian Formula 4 Championship with Jenzer Motorsport in 2020.

After five intensive training days with 1718 test kilometers in the -F4-Tatuus-Abarth by Jenzer Motorsport in Misano, Imola and Barcelona, nothing stands in the way of Jasin Ferati's next career step. The DEKM champion took the plunge into formula racing at the age of 16 and in 2020, with the Swiss team as a rookie, will contest the internationally advertised, most competitive Italian Formula 4 championship and the opening race of the Spanish championship.

“I've been dreaming of driving a formula racing car for ten years. For this reason too, Formula 4 is something very special for me,” reveals Ferati. "I am extremely happy to be able to gain a foothold in the right motorsport and thank Andreas Jenzer for the trust. The changeover was not difficult for me. I was well received and immediately felt comfortable in the Lysser team. "Jenzer has been extremely competitive in Formula 4 in recent years and has recently celebrated several victories with the Argentinian Giorgio Carrara at the wheel."
“After successful test drives, we are convinced that with Jasin we can support a new Swiss talent on his way into professional motorsport. We look forward to the beginning of the season soon, ”reveals team boss Andreas Jenzer.

Ferati's goal is to learn everything there is to learn in formula racing as quickly as possible. "The last three of a total of ten years in karting have been very intense and exciting," says the Winterthur resident. “The fact that I was able to complete the overall victory in the highly competitive German electric kart championship was very special and I was extremely happy. Now I go to the next challenging task on a much higher level with respect and confidence.

In the Italian Formula 4 Championship, unitary chassis from the Italian manufacturer Tatuus and 1.4-liter Abarth turbo engines with over 160 hp are used. Current champion is the Norwegian Dennis Hauger. His predecessors were Enzo Fittpaldi, Marcus Armstrong and earlier Lance Stroll, who all made it into higher categories. Driven will be on well-known Formula 1 tracks like Monza, Imola, Spielberg and Budapest with the proven format of three races per weekend. Ferati has big plans for this: "I want to continuously improve, soon finish in the points and finish the championship in the top 10." 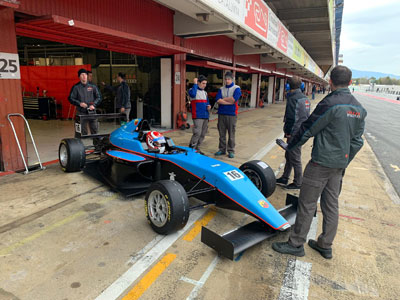 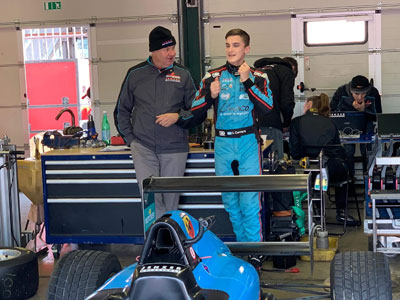 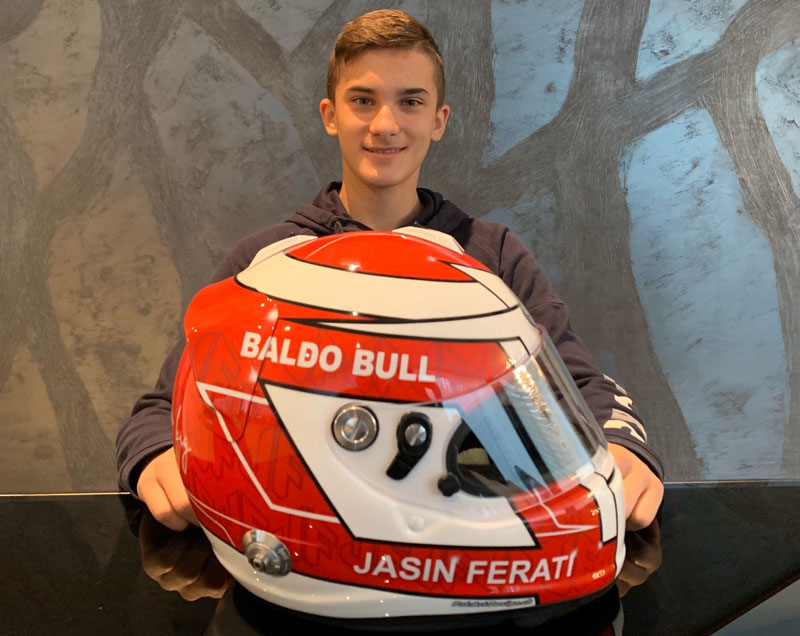