All 10 FIA F3 teams participated in the 66th FIA F3 2019 Macau Grand Prix with three drivers each. The famous event is the highlight of the category and is held at the end of each season. The FIA F3 would contest the event for the first time this year with their new, more powerful machines. With a heady combination of long, fast straights and sharp turns, this racetrack is considered one of the most challenging circuits in the world.
F3 lap record: Sergio Sette Camara, 2015, Dallara Volkswagen, 2:10.186
Macau GT Cup lap record: Edoardo Mortara, 2018, Mercedes-AMG GT3, 2:18.276
FIA World Touring Car Championship lap record: Rob Huff, 2014, Lada Granta 1.6T, 2:27.009
Motorcycle lap record: Stuart Easton, 2010, Kawasaki, 2:23.616 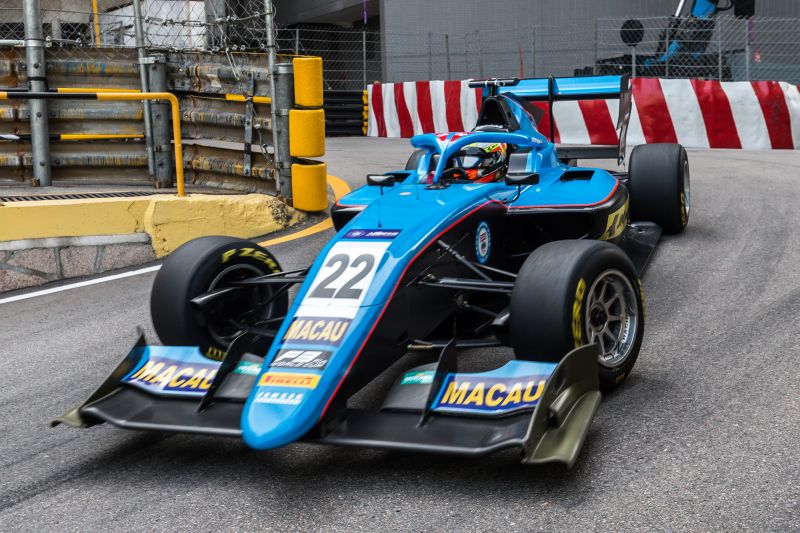 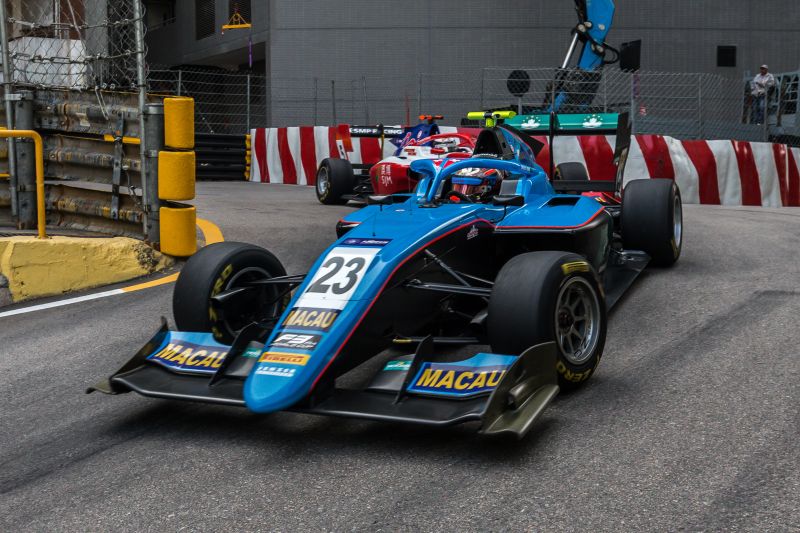 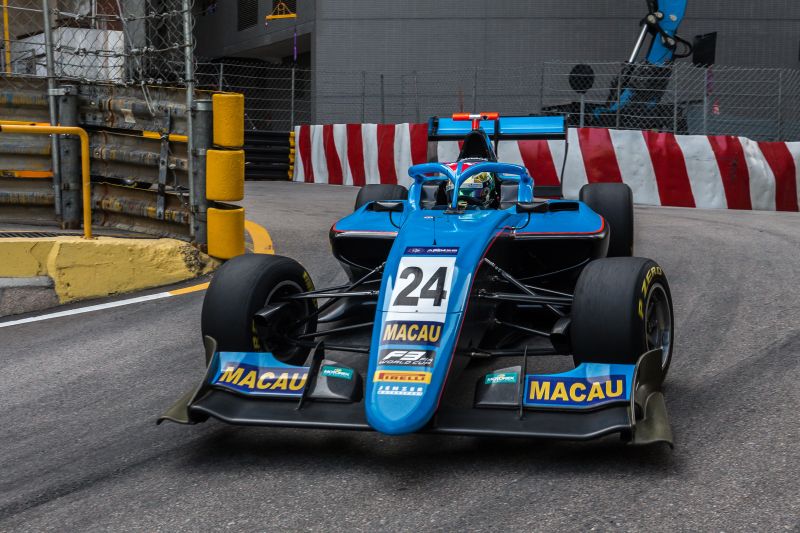 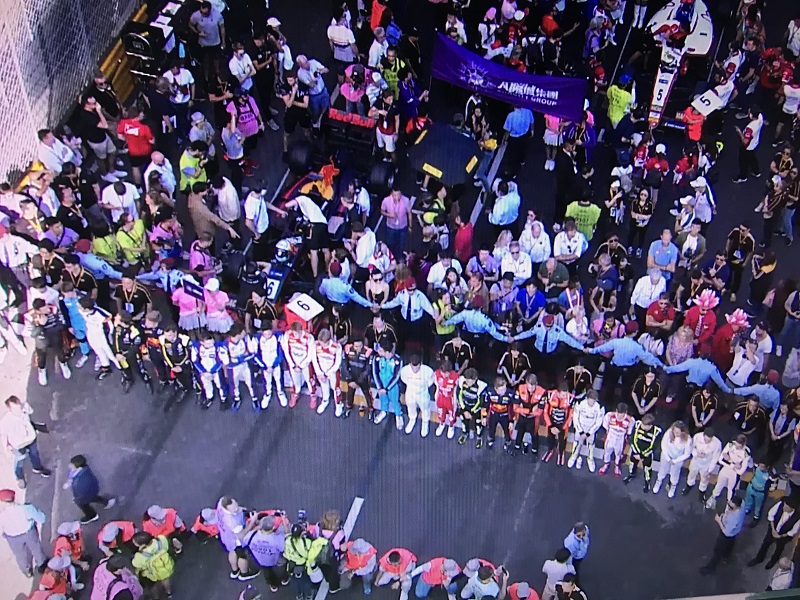 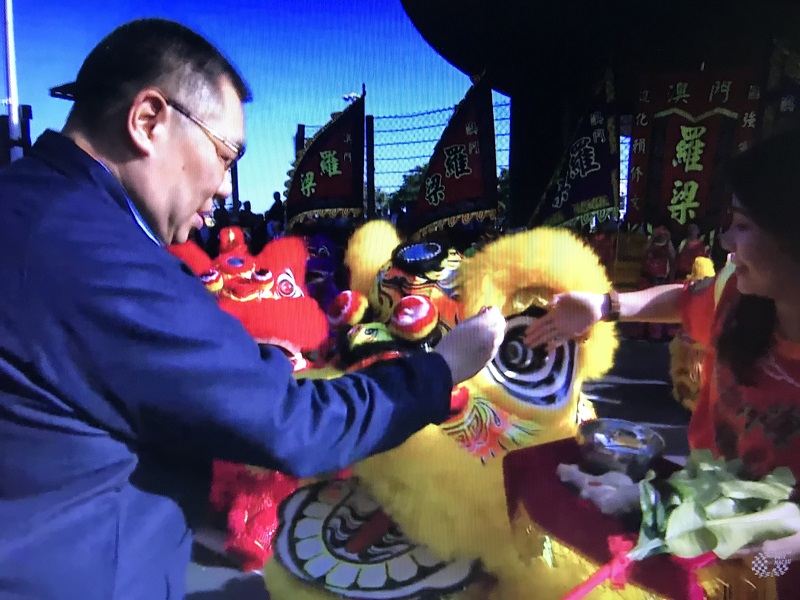 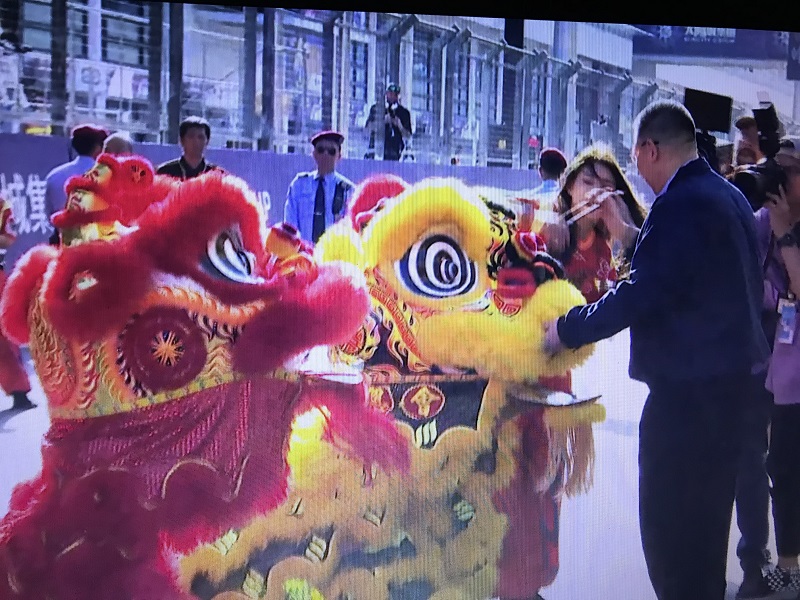 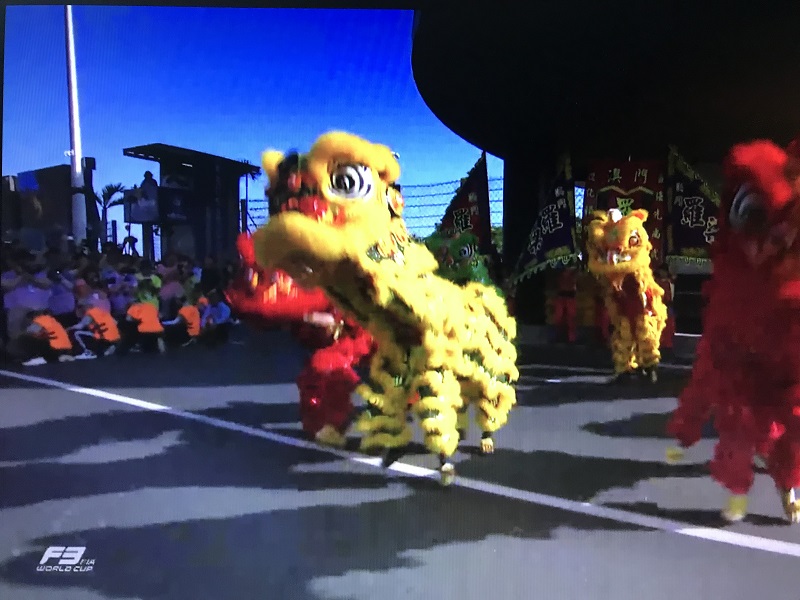 From Thursday onwards the drivers improved steadily in each of the free practice and qualifying sessions, and it wasn’t long before the old lap record time had been undercut by more than 5 seconds. Top speeds on the straights with the new cars were topping out at over 300 kph and as a result drivers with prior Macau experience were ahead of the rookies on the timesheets.
Arjun claimed a great starting position for the qualification race with the 8th fastest time, while Andreas and Charles were a bit too cautious in the final and fastest qualifying session, securing the 25th and 27th grid slots respectively.
The huge field got a clean start though there were some immediate determined moves to try and improve positions. Arjun charged up to a super 6th place and got a smooth entry into Lisboa, when Sargeant came from behind and braked very late. There wasn’t enough room, he touched Arjun’s rear tyre, catapulting Arjun into a spin and into the barriers. Sargeant came through undamaged and drove away while Hughes, just behind, slammed into Arjun's side, just as Ticktum arrived and also got involved in the accident. The corner was now blocked and anyone who had somehow managed to squeeze through the gap had an advantage for the rest of the event. After several laps behind the Safety Car the restart was given. Charles was now in an excellent 13th place, and he managed to stay there all the way to the chequered flag. Andreas was in 17th place and finished the race in a decent 19th place.
This meant that Arjun had no chance of a top level finish in the main race (the actual Grand Prix) though no fault of his own. His car suffered a lot of damage, but the driver was fortunately unscathed. We had clearly demonstrated that the speed was there and that with a little more luck a top level place would have been possible. "That's racing" as the saying goes.

As is traditional, all the members of the Macau Event Organization, all the drivers and many guests gathered on the start line before the race, once all the cars had taken up their places on the grid. All the drivers were greeted personally by the high officials, and a lion dance was performed after the lion had been blessed. Only then could the drivers get back into their cars and concentrate on the start.
The start went well, and the big field made it through the notorious Lisboa corner but a few laps in and Habsburg had a serious accident, which meant the Safety Car took over the field for several laps. At the restart, there was some overtaking and there were a number of place changes. Later, Floersch ended up stranded in an unsafe place and the Virtual Safety Car was deployed while her car was removed. After that, there were just a handful of laps left, which meant a last chance to attack. Richard Verschoor (NL), a rookie, won the race after a fantastic drive ahead of the pre-race favourite, Juri Vips. Other hotly tipped drivers failed or foundered, but our drivers preferred to make it safely to the finish. Charles finished the race in 19th, and Andreas came home in 20th, right behind him. For Arjun, who had to start 29th in the final, there was no point taking big risks and so he worked his way up to 23rd by the end, bringing the car back undamaged.

This brings the 2019 FIA F3 season to an end. The 2020 season starts in early March with three test days in Bahrain, and the racing season begins at the end of March with the first race event as part of the Formula 1 event in Bahrain. We are already looking forward to the new season!